When I first got into D&D a year or so ago, I created my first character for a play-by-post (PbP) game called The Lost Jungles of Rabbad. Since then, I’ve joined other PbP games, played a few live one-shots (via video call), starting running my own PbP game with a pre-rolled adventure from D&D Beyond, fought other players in two player-vs-player (PvP) arenas, and play-tested a couple of new campaign ideas from our DM.

I hope to write more about my characters in the future, but here’s a summary of the games so far.

We’re also playtesting a new campaign idea from Rob, which I won’t say much about other than it’s not D&D-based this time, but uses fate dice. In the first playthrough I played as Kalamae, Goddess of Life and Destiny, Mother of Creation, Watcher of the Sands, and in the second (currently in-progress) as Sa’khuna, God of the Night and the Underworld, Lord of Darkness, Keeper of the Keys. It’s a lot of fun!

One of the most fun aspects of character creation is their visual design, and Hero Forge is a fantastic place to get inspiration and build colourful 3D models. You can even buy them as STL files or 3D printed figures for your in-person games, though I haven’t done that yet. Here’s what all my characters look like: 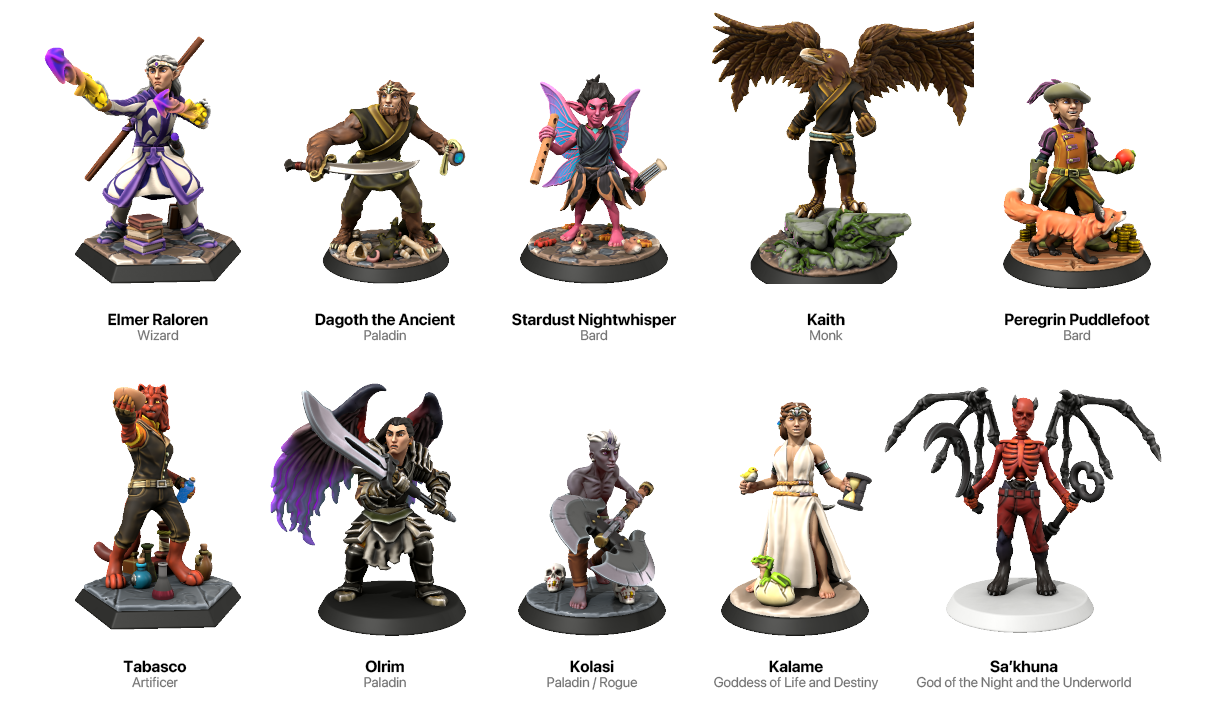 I never realised that D&D could be as fun as all this. I have found a fantastic group of people to play with and seeing everybody’s creativity is truly amazing.